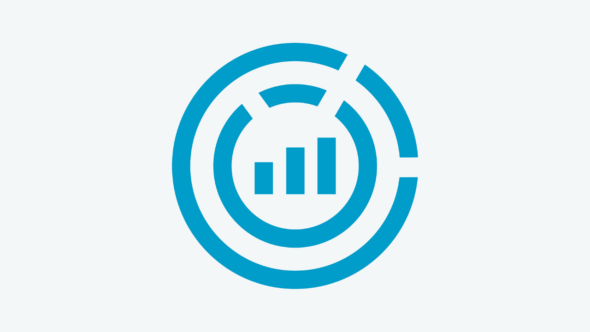 Netradar is a company established in 2017 and headquartered at Aalto Startup Center in Otaniemi, Espoo. Netradar’s CEO is the IT and telecommunications veteran Tomi Paatsila, who is known for his work in different positions at Nokia and later on as the CEO of Omnitele.

Before Netradar, Paatsila was CEO in the internationally operating consultant company Omnitele, and before that he worked many years for Nokia, spending his last five years there in charge of the Middle Eastern and African market – located in the United Arab Emirates.

However, the list does not end there: Paatsila has also spent approximately ten years working in Singapore, after which he managed to squeeze in a few years leading a business unit in Finland.

‘I have been working with international customers for quite some time,’ muses Paatsila.

Let us return to the present – what is Netradar all about?

‘We help mobile operators, telecommunication regulators, technology operators and private enterprises to collect user experiences from mobile phones. We study how the network connections and applications work together as an entity,’ Tomi Paatsila summarises the basic ideology behind Netradar.

Paatsila highlights that all data gathered by Netradar is anonymous and aggregated, which means it is impossible to identify the data of individual users. The collected data is processed further, so that the customers are then able to target their investments in just the right places to improve their user experience.

Netradar focuses on the B2B market based on the idea that the customers themselves collect data on their own clientele. According to Paatsila, this is achieved by activating in the customer’s app a small software tool which is ‘easier to deploy than Google Analytics’. For the average consumer, Netradar offers a user application that anyone can use to test their mobile network performance.

In essence, Netradar allows the customers to concentrate on matters that improve their user experience: what are the emerging trends in the user experiences of different applications? What requirements do different apps pose for the mobile network? The one feature that sets Netradar apart from the competition is precisely the fact the Netradar’s customers collect the required data themselves. Said data is available only to that specific customer, which gives them a real competitive advantage.

In addition to monitoring the network coverage, Netradar’s customers can also open up a window to genuine user experiences, possible network bottlenecks and capacity constraints. This, in turn, helps the customers target their investments in just the right places.

The solutions provided by Netradar’s competitors carry out active testing and generate a massive amount of data, whereas thanks to Netradar’s hybrid technology, the network and user experience monitoring that goes on in the background takes up very little of the phone’s battery power or possible data package. Data use in particular can be a deal-breaker in countries where the data prices are based on use.

‘The mobile phone user does not even notice Netradar’s use of data or battery power, as it is reduced to the bare minimum. We do not perform active testing, which means we do not send or receive large data packets,’ Paatsila summarises.

In contrast, the amount of data collected in the background is already massive. The curve is ascending, and the added value generated for customers is significant.

‘Netradar’s technology was developed for many years at Aalto University by a team lead by my colleague, Professor Jukka Manner,’ Paatsila explains.

‘The technological solutions developed at Aalto were sold to the newly established company, which then started the process of productising and commercialising the technology.’

Paatsila also reveals that several doctoral dissertations and master’s theses have been written about Netradar’s technology along the way.

In late 2019, Netradar became a part of the European Space Agency Business Incubation Center. The following change was not all that substantial, because ESA BIC operates in the same facility as Aalto Startup Center. The decision was based on pure logic, as in the future Netradar aspires to collect data on interference against satellite location signals, as well. The idea is topical and relevant, as satellite location systems are highly sensitive to possible interference.

‘At ESA BIC, we are developing an additional functionality to our existing product. The new solution will allow us to monitor the number and locations of anomalies,” Paatsila concludes.

Working in close proximity to Aalto is natural for Paatsila, because he himself has graduated as Master of Science in Technology from Aalto University. Moreover, as the research behind Netradar also comes from Aalto, there is a distinct link between the university and the company.

But what will be the next step for Netradar? According to Paatsila, the key is to expand the business internationally. One crucial element in the process is acquiring new customer references. In Paatsila’s view, this coming year will be particularly important.

Lastly, Paatsila hints that they are currently working on some rather significant customerships.

‘Keep tuned,’ the CEO says with a smile.