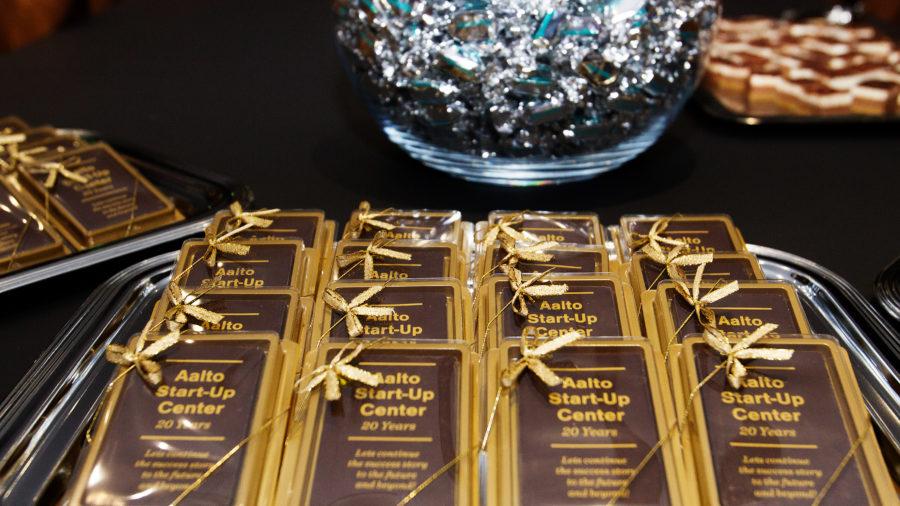 Helsinki was brimming with entrepreneurship as Aalto Start-Up Center celebrated its 20th anniversary 30 November 2017. The business accelerator held its anniversary celebration at Messukeskus concurrently with Slush, a leading start-up event. An inspiring atmosphere was therefore guaranteed. 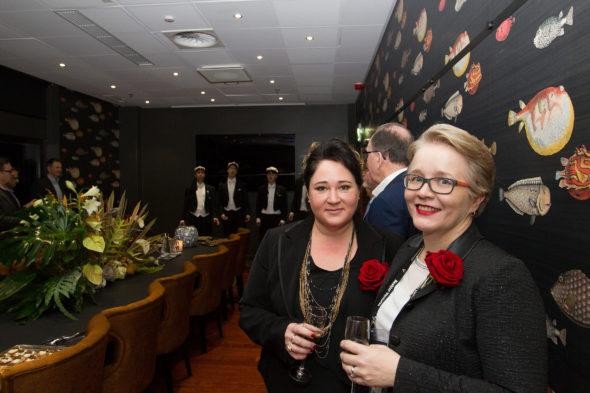 Celebrating 20 years of Aalto Start-Up Center and its central role in Finnish business brought together a large gathering of experts in different fields. The roots of the business accelerator are in the Caduceus incubator founded in 1997 by the Small Business Center of Helsinki School of Economics. Since then, Aalto Start-Up Center has been a part of creating Finnish start-up culture. Today, the accelerator is a part of the Research and Innovation Services of Aalto University, and in January, the Center is moving to the A Grid centre for growth enterprises being opened in the heart of the Otaniemi campus.

Keeping up with the times

To celebrate the 20-year history, the image of Aalto Start-Up Center was updated. The new slogan “Knowledge, Community and Business” describes the new direction of the business accelerator well.

A brand video presenting the different aspects and history of Aalto Start-Up Center was released at the ceremony. There have been many success stories over the years, including video game company Frogmind, law firm Fondia investing company BoCap and Surgify Medical, a new rising star. During the 20 years, over 900 businesses have passed through the accelerator, and these businesses have gone on to create up to 3 500 jobs. About 30% of the companies are quickly growing gazelle companies.

‘We need to be quick to recognise the trends of our time. In 1997, the world was completely different, but we have always stayed afloat, or actually far above the surface. For us, history is an asset we can use to do things even better than before’, said Marika Paakkala, Project Director of Aalto Start-Up Center. 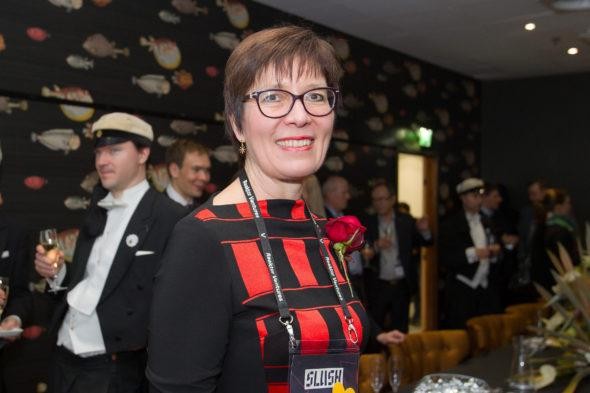 Cooperation with the university is one of the unquestionable strengths of Aalto Start-Up Center. Innovative students are eager to found companies but often need help to grow their operation.

According to Aalto University Vice President Tuija Pulkkinen, universities and university students interested in entrepreneurship are a major asset for businesses.

‘To create something new, you need three things: expertise, experience and money. Out of these three, money is the easiest to come by. That is exactly why Start-Up Center is such a strong operator; people with experience are guiding talented young experts. Investors are also interested in start-ups founded on a basis like this, so money is not a problem’, mused Pulkkinen.

A Grid creates a new platform for innovation

Aalto Start-Up Center moving to Otaniemi, the main campus of Aalto University, creates new possibilities. The business accelerator will be a part of a new community, A Grid, where start-ups, students, researchers and established businesses can meet. Moreover, A Grid brings together all the fields of Aalto University from technology to art.

‘It is amazing how Aalto Start-Up Center has started to implement the A Grid concept. I have great expectations for the community, and I believe that the university will benefit in a huge way. I am really waiting for technology companies and enterprises in creative fields to start a dialogue and create something ground-breaking’, said Vice President Pulkkinen.

The 20th anniversary celebration was also attended by many former and current entrepreneurs of Aalto Start-Up Center. Many praised the networks and mentoring provided by the accelerator, but the modern facilities for new enterprises were also commended. 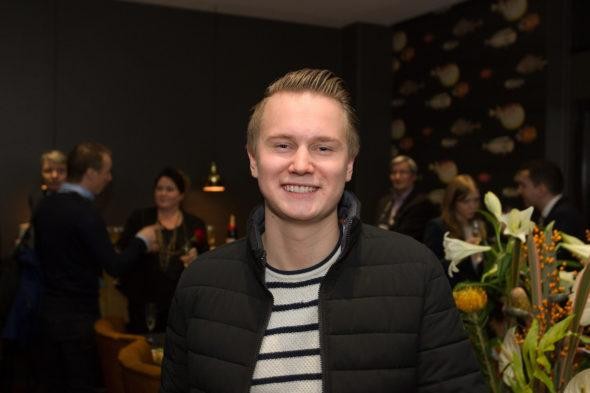 18-year-old Atte Pohjanmaa discovered entrepreneurship when he was only 15 years old. Aalto Start-Up Center has provided his businesses facilities and networks.

18-year-old Atte Pohjanmaa thanked the business accelerator for the support he had received. Despite his young age, Pohjanmaa could be already considered a serial entrepreneur, as he is currently running four different companies. Pohjanmaa’s companies are mainly based on coding, which is a  constantly growing field.

‘Start-Up Center has helped me express myself as an entrepreneur. They gave us facilities and irreplaceable networks’, says  upper secondary school student Pohjanmaa.

Aalto Start-Up Center alumni Marko Varalahti and Antti Hannula were also eager to reminisce the opportunities they had been given.

‘The atmosphere was always very good, and I made great steps forward as an entrepreneur. I only have positive things to say since I was provided with a huge amount of networks’, stated Hannula.

Varalahti, who has been an entrepreneur and mentor at Start-Up Center, has witnessed the development of the accelerator since the early 2000s when the Center was still located at Pohjoinen Rautatienkatu.

‘The operation has progressed a great deal, but the positive atmosphere has always been a constant. The most important thing is that people can network and share ideas in events. If you only work alone, isolated from everyone, you won’t get opportunities to create big ideas.’

Aalto Start-Up Center Director Paakkala was glad to see so many alumni at the event.

‘We think about enterprises from the perspective of lifelong learning. Many enterprises keep us updated even after leaving us. We also hope that some of our old entrepreneurs will become our mentors or investors. And some return with a new idea and enterprise.’

At the event, Claes Mikko Nilsen, Managing Director at Nordic Business Angel Network, was one to praise the Aalto Start-Up Center network of mentors.

‘Helsinki is one of the top start-up cities in the world. Start-Up Center is a big part of it since it is a fantastic space where experienced ladies and gentlemen share their expertise with eager students’, Nilsen said.

All in all, Aalto Start-Up Center has an unique role in the field of small businesses in Finland. Pontus Stråhlman, member or the board of the Finnish Business Angel Network, sees Aalto Start-Up Center as an important operator in its field that produces enterprises the network is interested in. 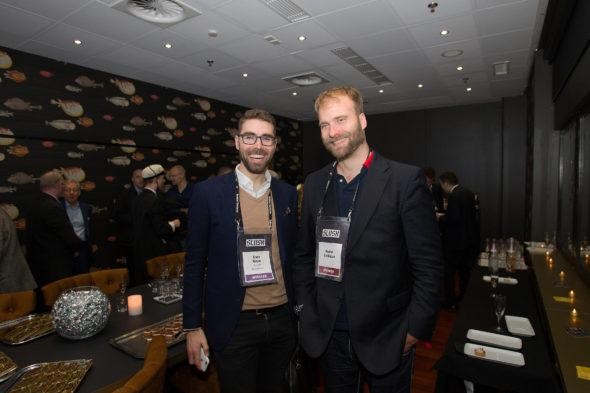 Claes Mikko Nilsen and Pontus Stråhlman believe that entrepreneurship is inspiring young people more now than ever before.

The start-up field is currently doing well in Finland, but the good situation needs to be maintained. Aalto University Vice President Pulkkinen thinks that start-ups are involved in defining the future of Finland.

‘With the cooperation between universities and  the world of business, Finland will either fall or rise.”